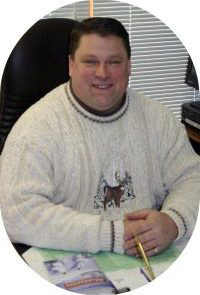 Paul was born in St. Louis Park, MN, April 29, 1963 to Rev. Lyle and Elaine Lindloff on his father’s birthday.  The Lindloff family moved to Thiensville, WI in November 1966 and Paul attended Calvary Lutheran School.  His high school years were spent on the campus of Northwestern Preparatory School, Watertown, WI, graduating in 1981.

During his college years on the same campus, Paul met his future wife Sarah Luedtke.  After one year of teaching for Sarah and one year of seminary training for Paul, they married on August 2, 1986.

Paul considers it a great blessing to have received such a tremendous education preparing him for service to the Lord and to His Church.  It is also a great privilege to serve God’s people as a pastor. 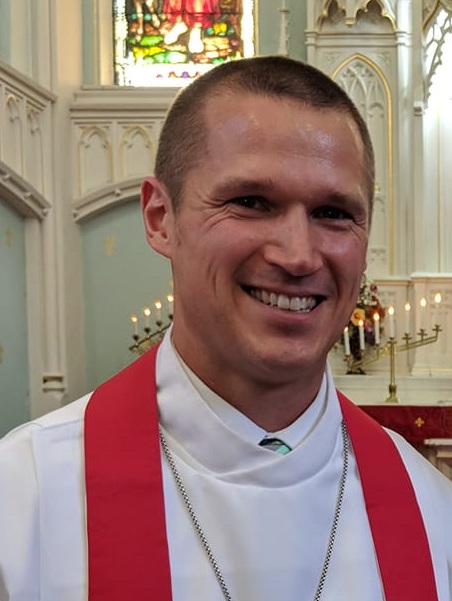 Joel Andrew Voss was born on January 7th, 1986 in River Falls, WI to Pastor David and Laurie Voss.  He was baptized into God’s family on January 19th at Faith Lutheran Church in River Falls, WI.  Joel moved his family in 1987 to Williamston, MI, where he grew up with his 3 brothers. After attending and graduating high school from from Michigan Lutheran Seminary in Saginaw in 2004, he attended Martin Luther College in New Ulm, MN to study for the pastoral ministry. He attended Wisconsin Lutheran Seminary in Mequon, WI from August 2008 until graduation in May, 2012.  During the 2010-2011 school year he served as a vicar at St. Matthew’s Evangelical Lutheran Church in Janesville, WI.

Pastor Voss and his wife, Lauren, met in high school at Michigan Lutheran Seminary as members of the class of 2004.  Lauren went on to Hope College in Holland, MI and graduated in 2008.  Pastor Voss and Lauren (Benecke) Voss were married on August 14th, 2009 at Lauren’s home church, Mount Olive Lutheran, in Bay City, MI.  On October 7th, 2011 the Lord blessed the Vosses with their first child, Gabriella.

Following two years in Saginaw, Pastor Voss was assigned to serve St. Paul’s and Faith Lutheran churches in Platteville and Lancaster, WI.  During their time there, the Voss family grew with the additions of Julian (August 12th, 2014) and Quinton (March 27th, 2017).

The Voss family is very excited to live and serve in Lansing.  Pastor Voss enjoys trying new things, but his main interest is sports and being active.  He is a fan of all Detroit professional teams as well Michigan State (the latter team is a friction point with his wife, a University of Michigan fan), and is interested in joining any pickup games he can.  The Voss children enjoy being creative and making messes.