Early congregational meetings are conducted (and minutes recorded) in German, because the members were almost all German immigrants. Another result of this heritage is that the original church bylaws stated that worship services “Shall forever be conducted in the German.”

1857 – first church building dedicated on December 6 – Emanuel has been located on the same city block ever since; prior to that, the congregation met in member’s homes and later in the “North Lansing School” building

1886 – First teacher called (the pastor had taught, up to this point) 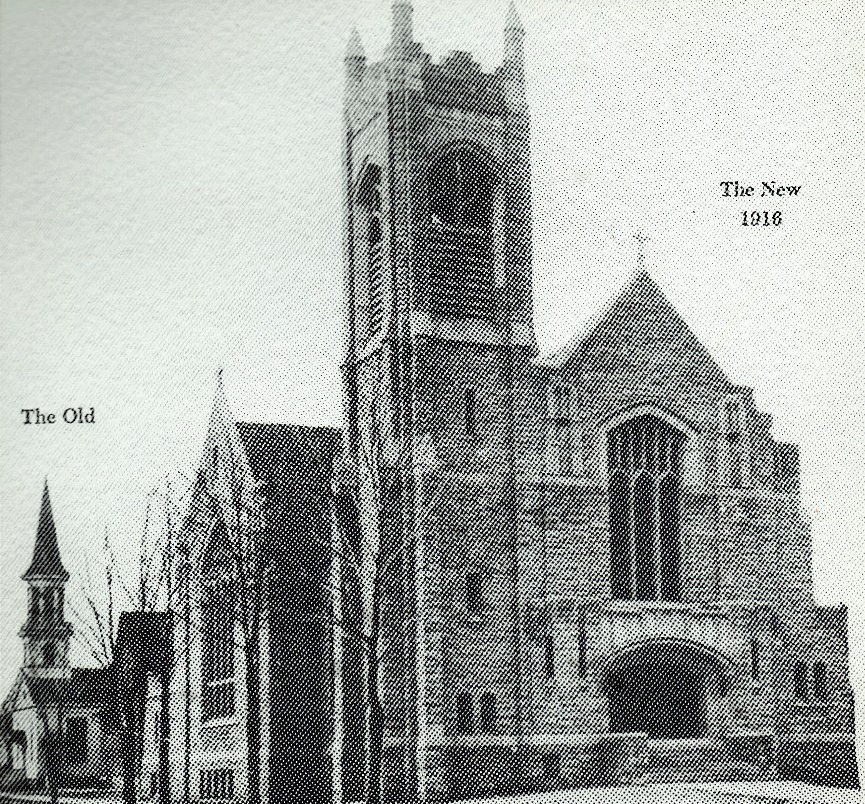 1968 – Reformation Chapel built and dedicated, between the church proper and Centennial Hall

1979 – Pastor Karl F. Krauss retired after 58 years in the ministry – all served at Emanuel

1983 – April 28, Reopening and dedication of Lutheran Elementary School with 33 students in grades 1 – 8, one teacher and a teacher/principal, each teaching 4 grades

1983 – April 28, Robert Kugler installed as first principal/teacher of reopened school – served until accepting another call in 1987

1987 – Kindergarten added to the school, with a dedicated teacher

1989 – A small group of volunteers undertake a complete rebuild of the church pipe organ, section by section; this project takes several years to complete. Multiple ranks of pipes from previous installations were repurposed and used in the rebuilt instrument, including one rank discovered to have a note written in pencil by Karl F. Krauss when he was a boy, stating that “I sometimes pump the organ for Sunday worship services”

1994 – November 20 – dedication of new building project after $2.5 million investment to renovate major portions of Centennial Hall and build eight new classrooms, new gymnasium, new kitchen and reconfigured church office complex – this project also included construction of a new parsonage across the road from the new classroom wing of the building

2002 – Pastor Buske retired as full-time pastor after serving Emanuel for 34 years; continued to assist with writing occasional special services, teaching special Bible Classes and serving in many other ways through approximately 2014

2004 – Daniel Hosbach installed as principal and continues to serve

During the first 50 years, Emanuel was served by eight pastors and since 1909, only seven pastors have served: Frederick M. Krauss, Karl F. Krauss, Leonard Koeniger, Daniel Buske, John Vogt, Paul Lindloff and Timothy Buelow. For most of that time Emanuel has had two co-pastors

For information on the stained glass windows of Emanuel, please go to: www.michiganstainedglass.org/search.php and enter data in the search fields provided to find Emanuel Lutheran, Lansing, MI. These photos and information were provided by a member of Emanuel and are used with permission.